Banda Neira and its turbulent history

Banda Neira and its turbulent history

Once upon a time there were 5 siblings living on the volcanic island of Gunung Api. One day the two sisters climbed in a bread fruit tree, and the brothers thought it would be fun to toss the tree into the sea. The sisters, each holding on to a breadfruit, floated in the sea for 7 days, until god turned the fruit into two islands: Nusa Laut and Amba Laut. During this time, Gunung Api erupted, and the three brothers flew off. They flew around for 7 days until the gods broke apart their home into three islands: Neira, Lointhor and Waer, with each of the brothers ruling over an island.

The residents of the Banda islands were clever tradesmen and master navigators, making them wealthy even before the European ships arrived in the early 1500s. These orang kaya (rich men), ruled over the islands, and never revealed the exact location of the island growing the illusive nutmeg and maze. They sold peacefully to Chinese and Persian traders, for high prices. 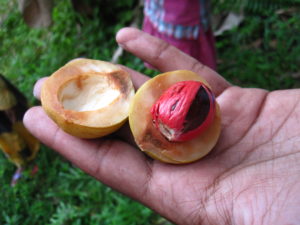 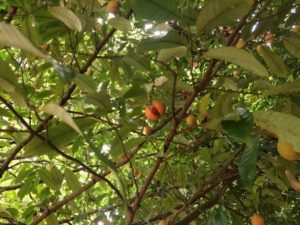 In the early 1500’s, the islands were visited by the first Europeans, the Portuguese, who attempted to build a fort on the strategically located island of Banda Neira. However, they abandoned the plan after being attacked by the locals. They stayed frequent visitors for trading only. The Dutch followed the Portuguese, and it appeared that they were more successful in their negotiations, since many of the orang kaya signed the trading contract.

The Dutch requested to build a fort, but before the actual building started, a meeting was called to discuss trading prices. It was an ambush, and the Dutch party was decapitated. Later 46 Dutch visitors were also murdered. They built the fort anyway. 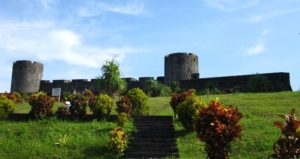 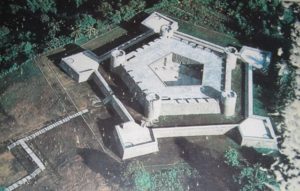 The Dutch wanting to monopolize the nutmeg and maze trade, attacked the nearby English settlements on the island of Ai. Following along the same agenda to monopolize the spice trade,  Jan Pieterzoon Coen ordered a genocide of the Banda people by Japanese mercenaries. The monopoly was completed after the Dutch traded Manhattan for the island of Run.

The British seized Fort Belgica without firing a shot or loss of a single man. However, it was given back to Holland in 1817, as they wouldn’t be a strong ally without their spice trade.

In 1936, anti-colonialist Mohammed Hatta (later vice-president of Indonesia), and Sutan Sjahrir (prime Minister) were exiled to Banda Neira. During their time in exile they build a school. Their former house is now a mosque.

In 1945, the Japanese bombed Banda Neira at 3:05, and the church clock still shows this time.

This volcanic island stands 650 meters high. The last eruption was in 1988, killing 3 people and destroying 300 houses, filling the sky with ash for days. Lava streamed down the slopes of the volcano and into the sea, creating a perfect location for coral growth. It is now a popular dive site appropriately named: Lava Flow.

Read about How to become an eco traveler here. 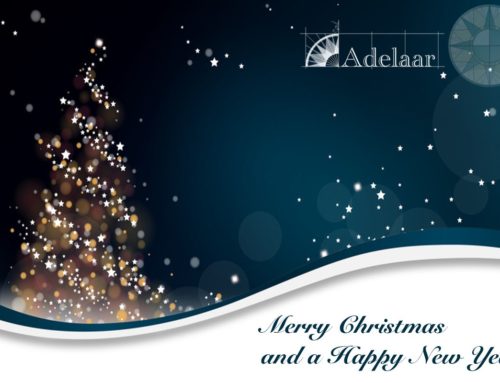 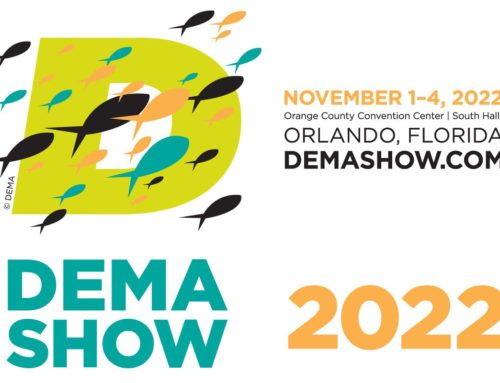 Adelaar will be exhibiting at DEMA show 2022 Gallery

Adelaar will be exhibiting at DEMA show 2022 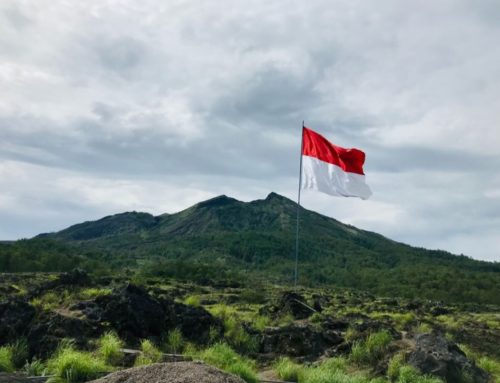 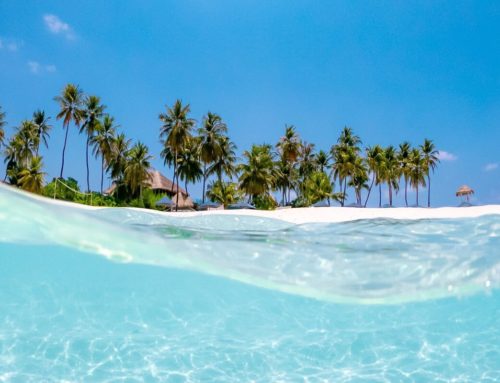 How to become an eco dive traveler Gallery

How to become an eco dive traveler 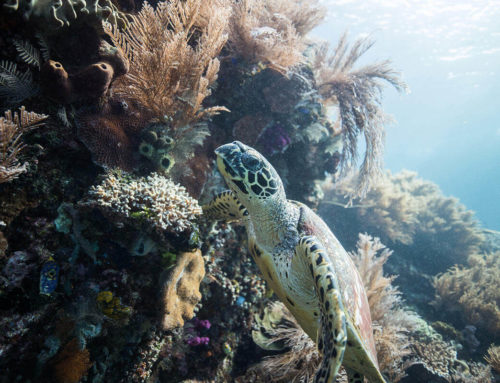 Diving Indonesia on a private sailboat